Millions of homes are protected with Aluminium fascias. They are available in a wide range of colours and textures and warranted for periods of up to 40 years. Aluminium siding is also available with insulation and reflective foil backing, so walls can be made weatherproof and energy-efficient. Insulated Aluminium keeps heat in (in winter) and out (in summer) four times better than un-insulated wood siding, four inches of brick of ten inches of stone masonry. 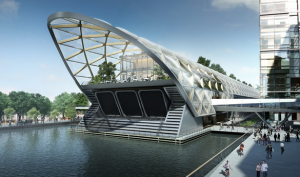 Yearly, millions of Aluminium extruded windows are produced and installed in new homes and nearly as many are used for the replacement industry. Aluminium windows and doors make an excellent heat barrier, and can dramatically reduce heat loss.

Aluminium products are used in many items around the house including; Garden edgings, conservatory framework, pool cover rollers and aluminium windows to name but a few. New technology means solar panels can be made and inserted in Aluminium frames, with the view of saving energy and cutting down on greenhouse gasses.

Aluminium is also used widely in the world of sports. Bicycles, tennis racket and some baseball bats are made form Aluminium extrusions. The pegs for your tent and the frames on your knapsack are also Aluminium…even your cub scout woggle.

The modern aviation industry received a large boost when aluminium sheet and extrusions started to be widely used. Aluminium is a light and durable metal and widely used on planes, trains, automobiles and boats.

Did you know aluminium is a third the weight of steel?

Aluminium extrusions and sheet can reduce some 1,800 kilograms from the weight of a tractor-trailer and save from six to twelve times the energy it takes to produce the primary Aluminium. Thus, a truck can carry a bigger load without exceeding weight limits. On smaller commercial vehicles, Aluminium bodies may weigh 45% less than steel bodies, so more can be carried on a smaller chassis. That reduces both the purchase and operating costs.

Rail transport: The SNCF’s new double-decker high speed train (TGV) and many underground railways and tram systems around the world have been made form aluminium in 5000 and 6000 series alloy.

The automobile industry is using more and more Aluminium. With the EU looking to reduce car weight by up to 25% over the next few years and the push more towards hybrids, aluminium consumption in the automotive industry will soar over the next generation

Aluminium’s rate of corrosion is significantly less than that of high-resistance steel.

Aluminium also lightens boats of all sizes. In 1891, the Swiss built a 17-foot Aluminium boat. A year later, the French built the first all-Aluminium seagoing vessel, a 40-foot yacht. By 1893, an American company was making Aluminium rowboats. Aluminium marine alloys were developed and, today, about 50% of outboard motors are made of Aluminium. Passenger liners also use Aluminium; large ones contain 2,000 tonnes of Aluminium, allowing for a weight reduction of 8,000 tonnes from their steel counterparts.

Aluminium is nonmagnetic and so is used in the majority ships because it doesn’t affect compasses.

Aluminium is overwhelmingly used in the aircraft industry: it is light, strong, durable and workable. The first gas-filled airships built in Germany in 1897 had an Aluminium frame covered with Aluminium sheeting. The Wright brothers’ first aeroplane, which flew in 1903, had a four-cylinder, 12-horsepower auto engine made of Aluminium. Since 1930 all aircraft have been constructed from aluminium alloys, which account for at least 75% of the unladen weight of modern aircraft.

The Boeing 747 jumbo jet contains 75,000 kg of Aluminium. Because the metal resists corrosion, some airlines do not paint their planes, saving several hundred pounds of weight and on-going cost of maintenance.